Let me tell you all about Malta’s secret, prehistoric, underground. It’s a place unlike anything I’ve ever seen. Thousands of years older than ancient Rome, it still stands for those lucky enough to obtain an entrance ticket.

Although I previously discussed Malta in, 7 Strange Artifacts From Malta, I didn’t tell you about the Hal Safleni Hypogeum. The phrase “must see” is really an understatement. It’s an amazing adventure to an underground archaeological site that I will remember for the rest of my life.

Hypogeum means “underground” in Greek. The Hypogeum was probably used as a burial site (the remains of 7,000 individuals were discovered inside). The site is located in the most unassuming neighborhood of Paola. When I say “unassuming,” I mean that you can walk right over the Hypogeum without ever knowing what lies beneath your feet.

The Hypogeum dates back to at least 3,300 BCE. I say “at least,” because when going this far back into prehistory, dating is anything but certain. The site was discovered by accident in 1902 and excavations began in 1903. The site was excavated again in 1993 and preservation efforts continue today. A major restoration and preservation project was completed in 2017. This is one of the only underground prehistoric temples in the world open to tourists.

The most widely accepted theory is that the Hypogeum was used as a burial chamber, but there is evidence that the site had other uses.

The Hypogeum could have been used as a place of worship. This interpretation is supported by the presence of an “Oracle Chamber.” In Oracle Chamber is a niche in the wall, in which a person would stand, and make a sound. The sound of a male voice at 114 Hz and again at 68-70 Hz triggers a resonance or vibration in the chamber.

This sound would resonate throughout the chamber and possibly induce a trance or hypnotic state. There was a great video on this phenomenon, but it was removed from YouTube. You can learn more about the Oracle Chamber from watching the linked video here.

One of the greatest and most mysterious artifacts ever discovered in Malta, The Sleeping Lady, was discovered in the Hypogeum. No one knows exactly what she represents. Is she asleep? Dead? Resting? is she an offering to an unknown god or goddess? Does she represent some unknown aspect of Neolithic life in Malta? We may never know. All we can do is gaze upon her beauty at Malta’s National Museum of Archaeology and wonder.

After you descend into the Hypogeum, you are surrounded by red spirals. They are on the ceiling, the walls, and most noticeably present in the Oracle Chamber. Just like most other aspects of the Hypogeum, these images are not fully understood. Were they made as symbols of worship? Are they meant to be pathways to another dimension of consciousness? Directions perhaps? The interpretation is wide open. We do know that the geometric designs decorating the walls of the Hypogeum are made with red ochre, a common hematite-iron pigment used in prehistoric times. I could not take my eyes off of these spirals and I was happy to find a hand-made sterling silver pendant with the same design on my way out. 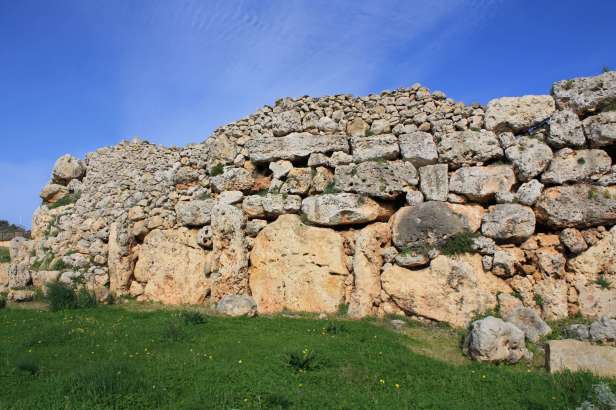 While I would LOVE to show you my own photographs of the Hypogeum, I don’t have any because photography is not permitted in the underground chamber or safety reasons. There is a packet of 8×10 prints available for purchase in the gift shop that is well-worth the price. While the temptation to take unauthorized photographs was great, this was one place that I did not want to get thrown out of.

If you visit Malta and want to tour the Hypogeum, make sure you book your ticket well in advance. Only 80 people are allowed in each day, 10 at a time. I went in the middle of January and made reservations the month before. Everything you need to book your ticket can be found on the Heritage Malta Website. Children under 6 are not allowed, and if you have issues with high humidity or tight spaces, this could be a challenging tour for you.

My travel photos from Malta and Gozo Island.

Heritage Malta’s Photographs of the Hypogeum.

One thought on “Exploring the Prehistoric Hypogeum of Malta”