A Severed Hand, A Hidden Tunnel, and Salisbury’s Oldest Pub

The Oldest Pub in England? Probably not, but the Haunch of Venison is definitely the oldest in Salisbury, and the most unique pub that I have ever visited. From the ‘ladies box” up front with its own door; to the pewter bar and severed hand on display, this place certainly has character and history. When I visited, it was practically empty, and I had the bartender’s undivided attention. Fortunately he didn’t mind that I tried to pry all of the secrets of the pub out of him before they started to get busy. However, he wouldn’t let us go in any of the secret doors, see the hidden bar accessible only through and underground staircase, or look into the tunnel that leads to the church.  Those mysteries were going to stay firmly in the realm of imagination and folklore. 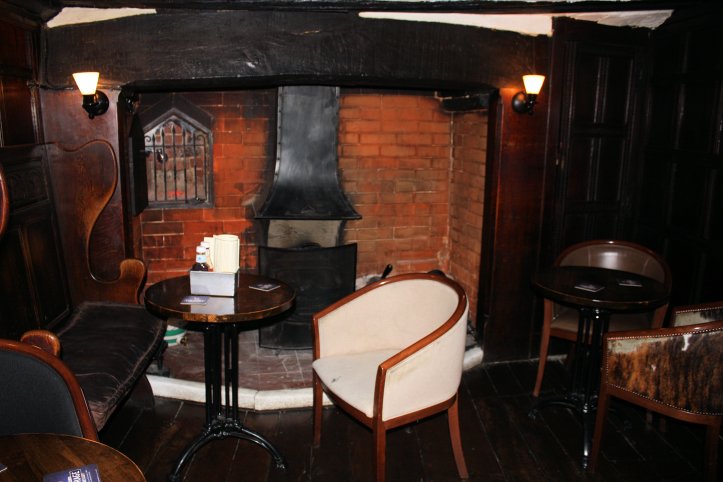 The Haunch of Venison is located in Salisbury, England, not too from Salisbury Cathedral. In fact there is trapdoor in the floor behind the bar that supposedly leads to an underground tunnel that goes all the way to the church. This pub wasn’t always a pub, and it has been through many incarnations over the past 800 years or so. Official records of the building to back to 1320, when it was used as a craftsman’s house. After that the house was supposedly turned into a brothel, hence that’s where the underground tunnel to the church comes into use. When the floor was changed in Salisbury Cathedral, the tiles were used in the floor of the pub and upstairs restaurant. Unfortunately I didn’t get a photo of the black and white checkered tiles lining the floor of the bar. They were dirty and worn with age, and rattled with every step. If only that floor could talk!

The pub also houses, or used to house, a mummified hand. The hand was found in the fireplace when the building was being remodeled and placed in a display case upstairs. Someone put a two century old deck of cards in the hand and it was on display for quite a while. The hand supposedly came from a cheating card player and his spirit still roams the pub. The bartender told us of more than one instance where he was closing up late and a weird noise spooked him, or stairs would mysteriously creak for no reason. He told me of his dislike for closing up the place late and being the only one there. Maybe he was making it up to entertain the tourists, but I saw sincerity in his face when he told the story. I know I wouldn’t want to be the only one in an eight-hundred year old building at 2am! the original mummified hand is no longer on display. It was stolen in 2010 and replaced with a replica.

The “horsebox” in the front of the pub has walls to separate it from the rest of the bar, and it has its own door. This was a place where ladies could come to drink without being bothered. This tiny room is also called a “ladies box” and the “ladies snug” and dates to a time when pubs were for men only. Several sources state that Churchill and Eisenhower used to come to the Haunch of Venison and drink while planning the D-Day invasions, but I could find no proof of this meeting. Maybe it’s true, or maybe it’s just a part of local lore. 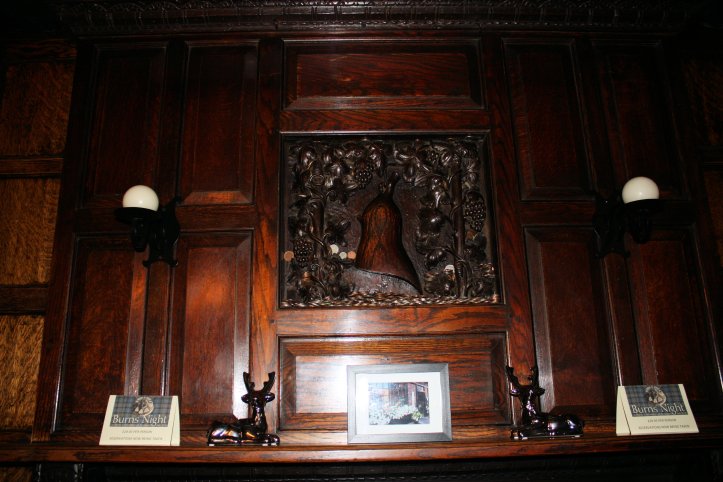 If you ever visit Stonehenge and want to spend the night in Salisbury, then the Haunch of Venison is a must-see. You can find some great photos and a more detailed history of the pub on the Campaign for Real Ale website. There is also an interesting article about the oldest pubs in England on CNN, but for some reason, they didn’t even mention the Haunch of Venison. It may not be the oldest, but it quite possibly holds title of “coolest.” This place has given me the idea of going on a pub tour the next time I travel, or even doing a pub tour here in the US. I could start with one of my favorites, The Old Talbott Tavern in Bardstown Kentucky, which was visited by Abraham Lincoln, Edgar Allen Poe, and Jesse James just to name a few.

The Haunch if Venison is not just a tourist trap. Their food and drink is genuinely delicious. I ended up having several ciders, a mug of carrot soup, and a roll filled with brie and cranberry. Nothing could have been better after touring Stonehenge and Salisbury Cathedral on a windy freezing day. I could have stayed at the pub all night, but we had to get up early for a long drive to London the next morning. So even though I had to leave it was not goodbye, because one day I will return to the Haunch of Venison.