The weather is beautiful, and the world is calling. Travel will always be a non-negotiable for me, so no matter how busy I am, I will always make time, even if it’s just for day-long weekend jaunts. As the weather warms up so does the urge to get out there and explore Arizona. This weekend was no exception….

One of the great benefits of living in the Southwest is that there’s always something fun to do. About an hour south of Tucson on I-10 are two places that have disappeared from travel guides. Cochise Stronghold, the last stand of the Chiricahua Apache, and the Amerind Museum, a world-class museum founded by the Fulton family. Although both the museum and stronghold are both combined in this blog post, they each need their own day of exploration. Five hours at the Amerind museum wasn’t enough to quench my curiosity so I’m already planning the next visit.

Cochise was born around 1810 and rose to power in the 1850’s. He made his home in the Chiricahua and Dragoon mountains. Cochise led the Chokonen (Central) band of the Chiricahua Apache. Relations between U.S. forces and the Apache were relatively peaceful until the Bascom Affair. The prequel to the Bascom Affair started on January 27, 1861. on that day John Ward’s cattle ranch was raided and his 12-year old son kidnapped. Although it was later determined that the Coyotero Apaches conducted the raid, the Chiricahua Apache were blamed instead.

The Betrayal That Started a War

Cochise reluctantly agreed to a meet with Lt. George Bascom. Cochise brought his family to the meeting, where they were taken hostage. Only Cochise managed to escape. In return, Cochise attacked and killed several Americans. Lt. Bascom then hanged Cochise’s brothers and nephews. The hanging of Cochise’s family marks the beginning of nearly two decades of war between Americans and Apaches. During the war, Cochise and his men used the stronghold in the Dragoon mountains as a refuge. The stronghold was also base of operations from which to conduct raids. The geology is spectacular and it’s easy to wander for hours. Crevices and caves are just around every bend. Natural overhangs provided shelter for Cochise and his followers. Wandering off-trail at Cochise Stronghold may leave the casual adventurer lost or injured.. 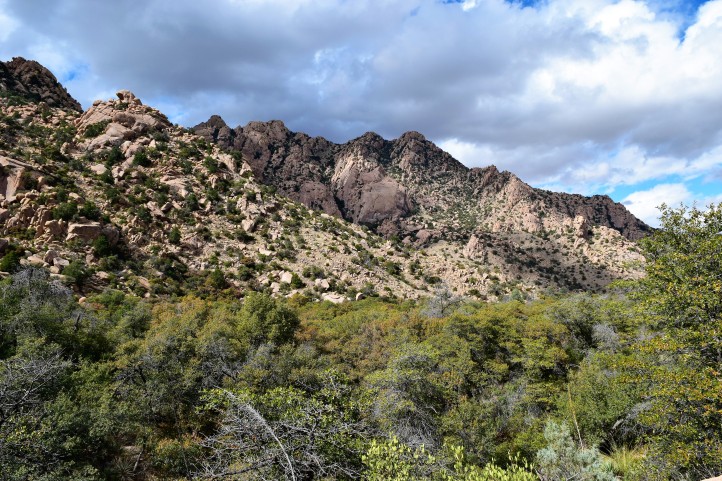 Over one-thousand Apache lived in Cochise stronghold for fifteen years. Two-hundred-fifty of these followers were warriors. Today, Cochise is highly regarded as a master strategist who was never defeated in battle. A short interpretative trail with signs tells the story of Cochise and his men. The stronghold is located in the Dragoon mountains, a small mountain range that extends for about twenty miles. The natural shelters, cliffs, ravines, dead-ends and hideouts made this place an attractive base for the Apache. Imagine hiding out from enemy soldiers as you hike the interpretive trails and explore the site. Camping is available for a small fee, picnicking and hiking are free. 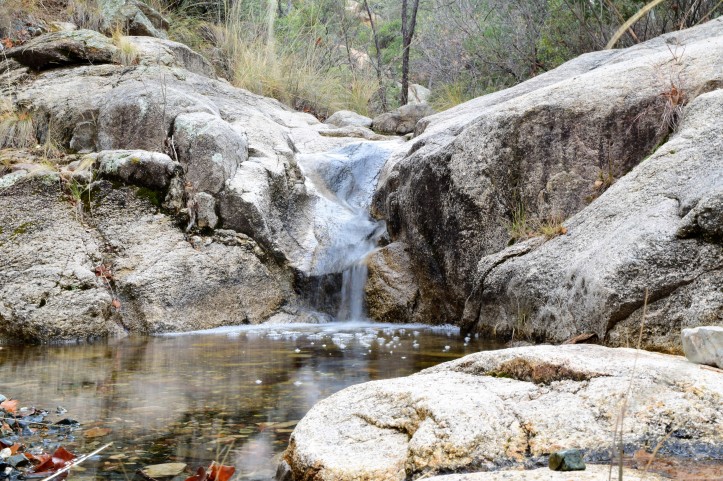 Dogs are allowed on the trails at Cochise Stronghold.

The Amerind museum is located on Dragoon Road, just twenty miles north from Cochise Stronghold. The quality of this museum, art gallery, and exhibits are exceptional.  Although I’ve lived and traveled around Arizona for the last eighteen months, I had no idea of the existence of this museum. The museum was born out of the passion for all things American Indian by William and Rose Fulton. Fulton purchased 1,600 acres in Texas Canyon in 1937, and began construction on the Amerind Museum. The museum is also an archaeological research center which can house interns working on research projects.

I’ll let you in on a little secret.

Paquime is the reason for my visit to the Amerind museum. The first and most famous archaeologist at Amerind was Dr. Charles C. DiPeso. Di Peso excavated paquime in a monnumanta l project in the 1960’s. Paquime is a UNESCO world heritage site just a hundred miles across the border near Casas Grandes, Mexico.. I found out about Paquime when researching my summer trip to Chaco Canyon and Mesa Verde. Paquime culture is the final stage of the Ancestral Puebloan people, a culture that dates back at least a thousand years.

Today, Southwest historians call the culture at Paquime; Mogollon. The culture originated at Chaco Canyon, New Mexico, moved north to Mesa Verde, Colorado, and finally south to Paquime, Mexico. The Paquime culture disappeared about a century before the Spanish started exploring the Southwest. For more on this theory and other discoveries around the Southwest I highly recommend the book,  The Lost World of The Old Ones by David Roberts.

Cochise Stronghold isn’t a hard place to find. However, I have to emphasize do not follow the GPS to get there. The Amerind Museum is about 20 miles from the stronghold on Dragoon Road. You can continue on Dragoon road south past the Amerind Museum and turn right on HWY 191 if you plan to visit both in the same day.

*** Photography is prohibited inside the museum.

Coming from Tucson: Take I-10 south from Tucson for 72 miles and then exit 318 on Highway 191 (or exit 318 for Dragoon Road). Drive 12 miles to Ironwood Rd. then turn right. Drive 8 miles (2 miles unpaved) the Cochise Stronghold campsite and historic trail.