I often fall into a daydream about past trips when staring at the computer all day at work, and this past Friday was no exception. Germany, 2009, Christmas 4-day weekend, what to do? Italy was the answer! Italy is a quick Ryanair hop from Germany, and after setting up in Bologna (where its cheap), I boarded the train for the hour-long ride. Ravenna is a place that I had always wanted to visit, a place of mosaics, history, and mystery. Ravenna is one of the only places in the world where 5th century (Byzantine) architecture still remains standing. Archtiecture that by some fortune or fate,was not stripped down for medieval building material, or destroyed by WWII air raids. 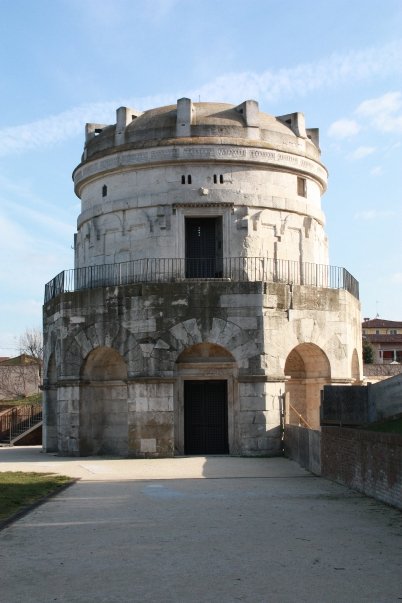 There are at least eight intact Byzantine sites in Ravenna, but none had fascinated me more than Theodoric the Great’s (454-526) mausoleum. Theodoric is important because he stands at the threshold between late Roman society and the early middle ages, and once ruled an empire that stretched into Spain, North Africa, France, Burgundy, and Italy. Interestingly enough, I only recently found out that Theodoric was born at the Roman fort of Carnuntum, Austria, where I spent the entire summer of 2003 excavating a Roman fort.

Crushed is not a strong enough word to describe how I felt when I arrived there on Christmas Day to find the entire site closed, fenced in, and locked up for the holiday. There were however many more Byzantine sites on the schedule for the day. The first stop of the day was the Basilica of San Vitale, one of the most breathtaking places I have ever set foot in! 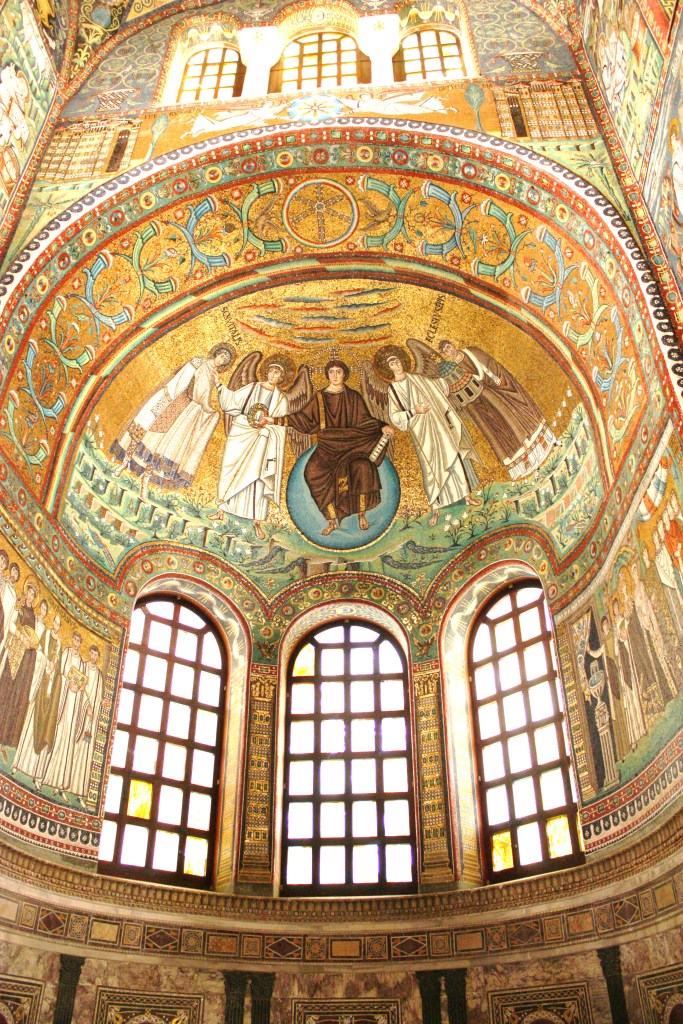 Right across from San Vitale is one of the only examples in the world of an intact 5th century Byzantine tomb. It is reported to be that of Galla Placidia, mother to the Emperor Valentinian III, but many scholars dispute that. Even though who is buried there still remains in question, there is no doubt about the beauty of the architecture.

There are many more spectacular Byzantine sites in Ravenna, too many to discuss here. Ravenna is a small city and all but one of the Byzantine churches can be easily seen on foot in a day. Ravenna is just a two hour train ride from Venice.