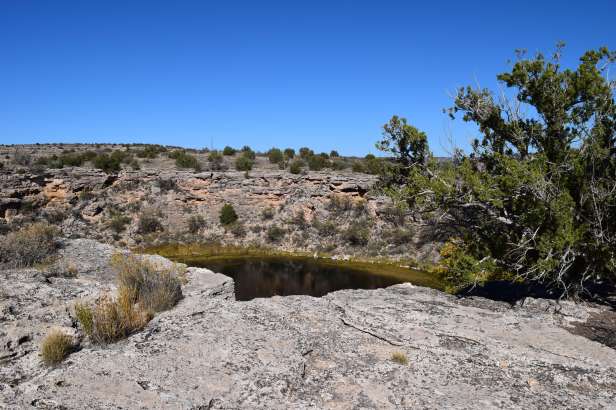 The third time I stopped along the winding road to admire Montezuma Well was a little different. Funny story how these historic site came by the name “Montezuma,” but we’ll get to that later. For now lets take a journey together, through two ancient sacred sites between Flagstaff and Phoenix, Arizona. On previous trips, all I did was walk the tourist path and take photos. This time was different. I took the time to learn about the history and the culture. I paid attention to the feeling that this place is something special. For starters, the well is THE most sacred site to the Yavapai people. They believe that they emerged into the world from this exact spot.

No one is certain exactly how long Montezuma Well has been a sacred site. However, archaeological evidence indicates that humans have lived in the Verde Valley for at least 10,000 years. The earliest archaeological ruins at the well date to about 1000 CE. The ruins belonged to the Southern Sinagua (without water) people. In the mid-eleventh century, Sunset Crater Volcano, just 60 miles north, erupted in a spectacular show. This eruption caused the Sinagua to abandon their homes around the well. Sunset Crater, and the adjacent Wupatki ruins, are also sacred places once inhabited by the Ancient Pueblo People. 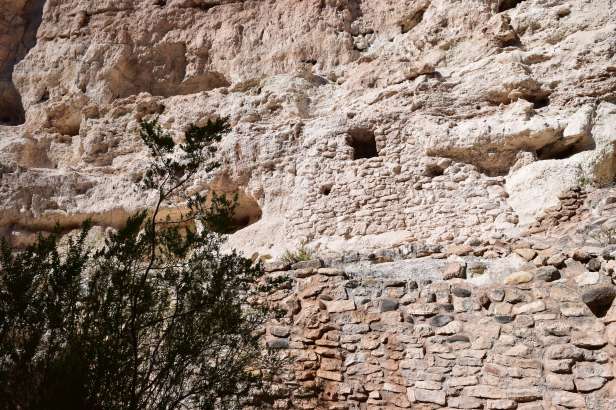 The Sinagua used the flowing water from the well to intensively farm the surrounding land in the Verde Valley. By 1100 CE, a thriving community had developed around the well. So about that name “Montezuma.” Montezuma Castle has nothing to do with the famous Aztec emperor of the same name. In fact, this area had nothing at all to do with the Aztecs. The explorers who thought they “discovered” these ruins in the late nineteenth-century gave them the name “Montezuma,” and it just stuck.

Today more than a million gallons of water flows from the well every day. That’s a lot of water. It makes me wonder how the Sinagua got their name. Between the water at this well, and the regularly flooding creek nearby, the Sinagua had access to plenty of water. The well-water has high levels of carbon dioxide, and is too toxic to support fish. Nevertheless, several other species have adapted to life at the well. The birds and ducks seem completely blissfully happy splashing around at the bottom. Several species of water scorpions and snails are also unique to Montezuma Well.

If you’ve ever been to Mexico, especially to the Yucatán, you know all about the limestone cenotes. Montezuma Well is geologically similar to the cenotes in Mexico. A cenote is really just a big limestone cave where the roof has collapsed and formed an opening. Judging from the width of the open area at Montezuma Well, it’s probably a very old cenote. 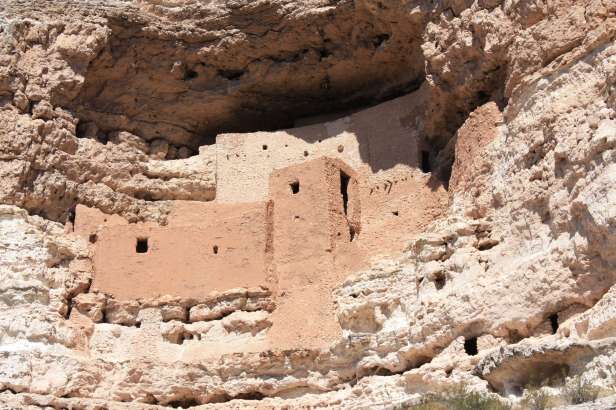 Guide to Visiting the Well and Castle

Numerous trails are accessible at both historic sites. They are federally protected lands and have the status of national monuments. The trail at the cliff-dwellings is easily accessible by wheelchair, and leashed dogs are welcome. Montezuma Well has even more trails than the castle. One trail follows a winding path all the way down to the water (I’m hiking this next time). Both sites are a perfect place to wander around  and contemplate the people who lived there so long ago.

History of the Castle

Montezuma Castle is actually not even a castle, but a cliff-dwelling similar to an apartment complex. Just like at the well, the Sinagua people called Montezuma Castle home from 1100 – 1450 CE. The Hopi and Yavapai also claim this place as ancestral land. The skill required to build this dwelling more than ninety feet up is impressive. More than 4,000 square feet of living space is spread across five stories. The residents of the cliff dwelling probably built their homes in this spot for two reasons. The height of the dwelling protected the residents from flooding and from invaders. If a threat appeared, the Sinagua simply pulled up their textile ladders and waited it out. Genius! Every time I visit, I learn something new. It’s absolutely fascinating, and I can feel a special energy here. 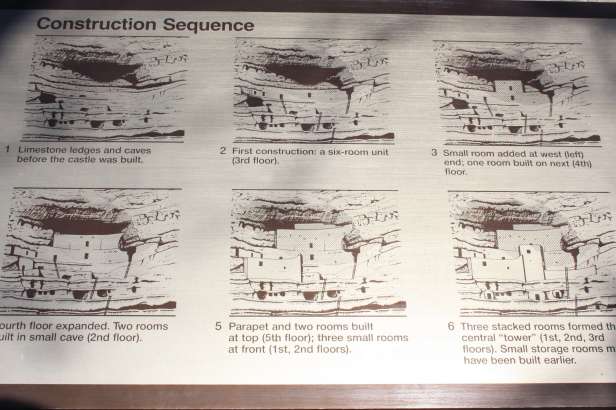