Three years and one-hundred blog posts. Time truly flies when you’re having fun. There should probably two or three times that number of posts, but you know, life. Through chronic illness (Multiple Sclerosis), moves, teaching ninth grade, getting a yoga teacher certification, and returning to school the blog is still here. It’s purely a love of history and travel that keeps it going. To celebrate one-hundred posts, here are my top ten favorite travel destinations of all time. 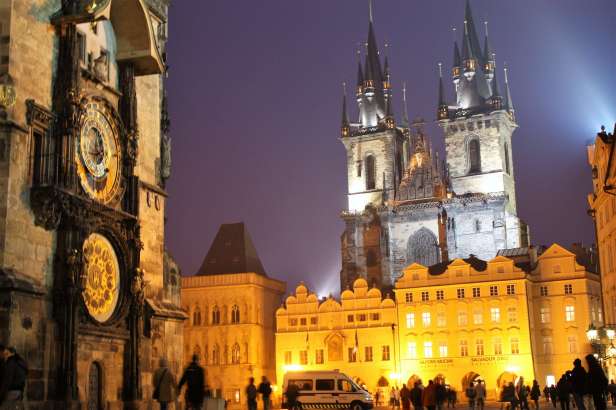 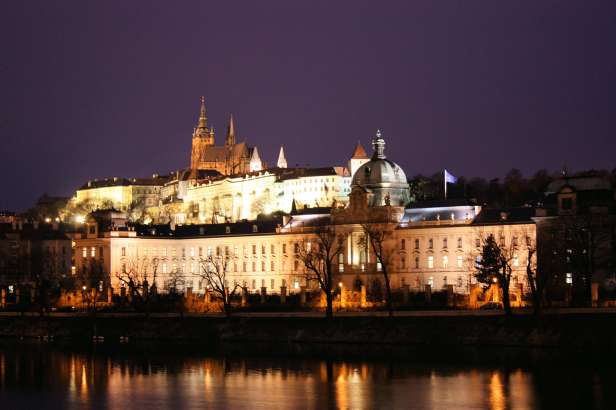 Prague, the capital of the Czech Republic, was also once the capital of Czechoslovakia. Situated in eastern Europe at the crossroads of many cultures, Prague is something special. The Czech Republic is just far enough east to get the feeling, “hey this is really different.” That’s exactly why the Czech Republic made my top ten list of travel destinations. After living in Germany for three years, Prague was a chance to experience a different kind of history, culture, and food from the rest of western Europe. One of the most unusual sites in the Czech Republic is a Christian church made entirely out of human bones. It may sound gruesome, but it’s not, and the story behind how the church’s existence is both fascinating and sad. 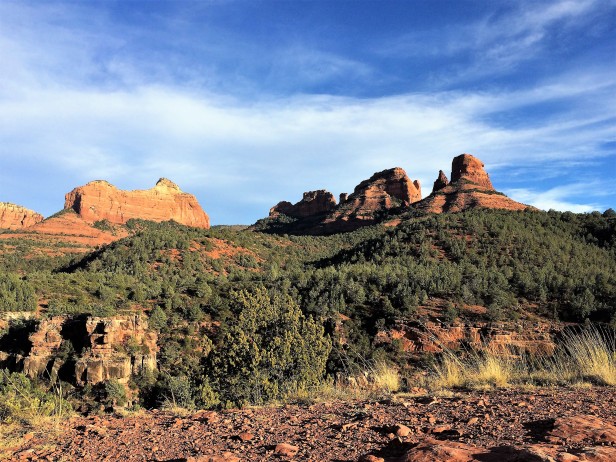 Where can you find miles of hiking, spectacular red rocks, crystals, coffee, vortexes, yoga, and views that go on for miles? Sedona. Not that I’ve done much U.S. travel, but for now Sedona remains my favorite American destination. It’s one of the most beautiful places I’ve seen in the United States. Now that we live in Arizona, this beautiful city s less than four hours away. There’s something spiritual, almost magical about Sedona, and everyone seems to feel the energy. 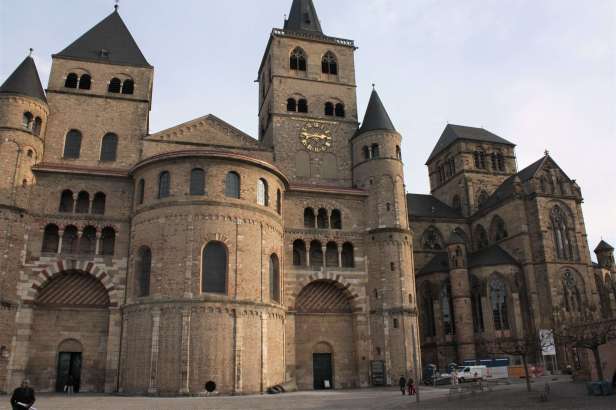 Trier is called “The Rome of the North,” for good reason. Trier has more Roman ruins than any city outside of Rome. I probably visited Trier at least ten times, but it is not enough to take it all in. In Trier you can find a Protestant Church and Catholic Cathedral that share a courtyard. Outside the church lies the black basalt “Domstein,” one of the remaining pillars from a church that Constantine the Great built in the 300’s. Hidden around Trier the explorer can also discover Roman baths, abandoned and used for military barracks. There’s also the unique “House of the Three Kings,” which you can enter only through the second floor by ladder. Finally, don’t forget the famous “Black Gate,” still standing in its original form for almost 1,800 years.

Trier: The Rome of the North

#7 Climbing the Pyramid at Coba

Picking a favorite out of six weeks of traveling around Mexico is a difficult task. With so many unique experiences in Mexico, it’s hard to pick just one. However, climbing the pyramid at Coba stands out. special. We managed to get to the pyramid before anyone. We enjoyed a good half-hour sitting at the top alone listening to the birds before anyone arrived. Getting to the pyramid all to yourself isn’t easy though, but if you do you’ll be rewarded with a spectacular view of the jungle. A view so amazing, I wish I could have stayed at the top for hours. Coba is one of the first places I’ll visit when we go back to Mexico. 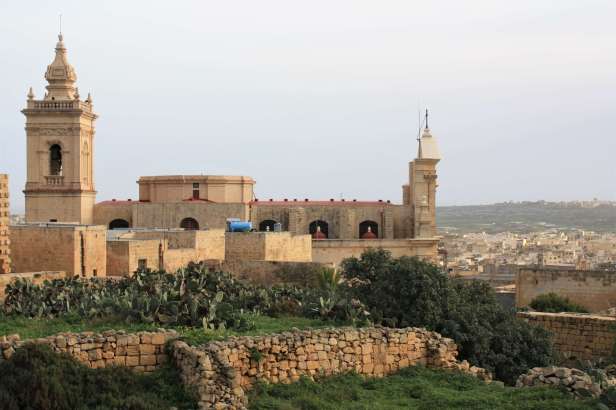 Is there a place where Greek, Roman, Muslim, Prehistoric, Medieval, European, and African culture all meet? Yes there is, in Malta. You can absolutely find a little of everything in Malta. From underground prehistoric temples to medieval fortresses, Malta is truly a history lover’s paradise. I’ll never forget my trip down into the earth to walk in a prehistoric underground temple so old, we really don’t know what it was used for. If you get a chance to visit Malta, book your tour of the underground Ħal Saflieni Hypogeum, very early, before it fills up. There’s no other experience on earth like descending into an underground temple carved out by human hands thousands of years ago.

Stonehenge was at the very top of my bucket list. I can remember being a kid, hearing about Stonehenge, and desperately wanting to go there. Three years ago, I finally made it with a friend of mine. It’s not a disappointment. People might think that Stonehenge is too “touristy,” but it’s not. It just takes some strategic planning and a willingness to brave the cold to avoid the crowds. Although visitors are not allowed to freely roam the ruins, on two days a week a guide will lead visitors beyond the rope and closer to the stones. When you go, try to spot the carved bronze-age axes on some of the stones.

A Quick Guide to the History of Salisbury, England

Italy definitely HAS to be on the list, but where in Italy? Rome, Venice, Ravenna, Paestum, Sorrento, Capri, Positano, or Pompeii?  How can I possibly decide among the history and greatness of the cities listed above? Two trips to Italy is definitely not enough. It would take an entire lifetime to experience the culture, food, coffee, history, and people of such a beautiful country. Out of all the destinations listed, the one place that has the most emotional impact for me is Pompeii. Specifically, the bodies frozen in time. Petra was the first time I ever cried on a trip. Pompeii is the second. Seeing the families buried alive at Pompeii is a chilling experience. You can see the agony on their faces and feel their terror as they took their last breaths before being preserved for centuries in the ash.

The Last Moments of Pompeii

There’s something about Greece. For me, it’s the history. Greece has influenced our culture more than most people realize. The architecture, politics, myths, legends, and culture all come alive in Greece. Two visits are enough for me to say that Greece feels like a second home. So much has changed since my visits in 2004 and again in 2010, I don’t know if I’ll ever see Greece again. The ruins are what attract most people to Greece and it was no different for me. The ruins everywhere, reminding the visitor of a glorious classical past. Since my last visit to Greece, the economy has taken a turn for the worst and tens of thousands of refugees are living in Eastern Greece. Still, if offered the opportunity, I would return in a heartbeat. 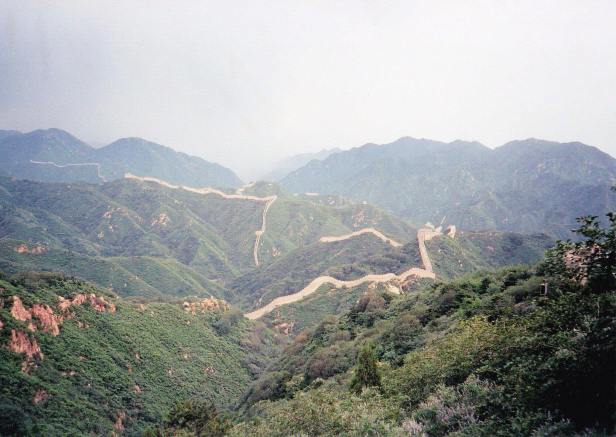 Is it overrated? Perhaps, but the seeing the Great Wall of China (twice) is an experience that I’ll never forget. The scale of it all, the vastness of the wall, it seems surreal, even when standing in front of it. China was my second time out of the country, and again I was on another archaeological excavation. If you’re reading this and still in school, signing up for study abroad, or volunteering on archaeological excavations is an unforgettable way of traveling.

Our group visited the Great Wall for only a couple of hours, but I had to go back on my own the next day. The second visit was totally different from the first. It was crowded, and I felt rushed. I rode a ski lift down instead of walking.Still,  I have no regrets, and would return a third time, although not during the Chinese New Year, when millions of people all go on holiday at the same time.

Petra. Even with all my travels, Petra consistently remains my favorite and most cherished travel destination. I’ve seen a lot since my first trip, but nothing has been able to replace Petra as my favorite. The Nabateans built Petra about two-thousand years ago. They carved the city out of the solid rock that forms the surrounding landscape.

The study broad program in archaeology and six graduate credits in archaeology brought me to Jordan on my first trip outside the U.S. One of our first group excursions was to Petra, and it is burned into my memory like no other trip. I’m really looking forward to a return visit to Petra to see how much has changed.

Choosing just ten destinations was terribly difficult, but after careful thought the final ten above made the cut. Petra was always on that list, but other destinations, like Italy, I wasn’t so sure about. Do you have a list of favorite destinations? Or a bucket list of destinations you’d like to visit? Drop us a line, we’d love to chat with you about travel.

One thought on “100th Blog Post: Top 10 Travel Destinations of All Time”