8 Ways Military Service Made Me a Better World Traveler

Home is Wherever You Are

After you sleep the day shift in a 50-person tent with the wind whipping 40 mph outside in freezing April weather, you’ll laugh when that king-sized bed you reserved isn’t available. In fact, my miserable two weeks at Fort Irwin, CA made me actually look forward Iraq. Some of the things that help me feel at home in a strange place are: following my routine, an eye-shade, earplugs, a few good reads and some good coffee. Mr. Green Beans cafe in Baghdad was a daily staple of my deployment.

After almost seven years of moving from place to place, the statement, “home is where the heart is,” becomes a reality.

The Army Opened My Mind

Is there a particular group of people you don’t care for? Maybe you won’t admit that out loud, but military service changes those feelings very quickly. I served with people from every corner of the globe. The U.S. Military is a mini-global society. How does that relate to world travel? I became much more patient and tolerant. Now I ‘m open to conversations and experiences that I would have otherwise missed out on.My military service also helped me develop a tolerance to people, noises, smells, and sights that I do not like. Everyone has things that they do not like, including me, but my service in the military helped me to accept those people and situations with grace.

Why does the Army make you jump into a pool with all of your clothes and gear on? So you will know how to face and survive the unexpected. After you’ve been through that kind of training, flight delays and travel changes barely register in your consciousness. You simply laugh it off and adapt. No problem, and no need to complain or throw a Passenger-Shaming worthy tantrum at the airport. I know that there’s always something good to see, even if I didn’t plan on being there. Camp Shelby, Mississippi, Armed Forces Museum, I’m fondly thinking of you right now.

The point is, even if you didn’t plan on being there for very long you CAN make the best of an unexpected situation. After living for almost a solid year confined to a military base in Iraq, hiccups in travel seem laughable to me.

I can pack for a week in a day-pack in about ten minutes. How did I acquire valuable this skill? Years of having so much on my plate that packing was an afterthought. Also, when you deploy no one is going to carry your stuff, even if you’re a girl, so if you can’t carry it all at once without assistance, then you better leave it behind. I’ve learned that my happiness on the road is directly related to how little I have to carry.My husband is amazed that every time we go on a weekend trip, everything I need is in a small black Jansport bag. The same one I carried in the Army, with the logo removed of course!

Ready to go on a Moment’s Notice

Since I’m retired from the Army, I can fly Space-A anywhere military aircraft fly. The catch? You only get 72-hours’ notice. I’ve flown Space-A once before, but as an active-duty soldier, which meant that I went to the front of the line. Now I’m a category VI passenger, I will always be last on the list.No matter, that status means free flights to anywhere in the world as long as I am willing to wait, accept schedule changes, and accept the possibility of getting bumped even after I’ve boarded the plane. But still, who can pass up free flights? How in the world can I fly to Greece on a flight leaving from Maryland, while I’m temporarily living in FL? It’s not easy, but military service has turned me into an excellent last-minute and standby traveler. 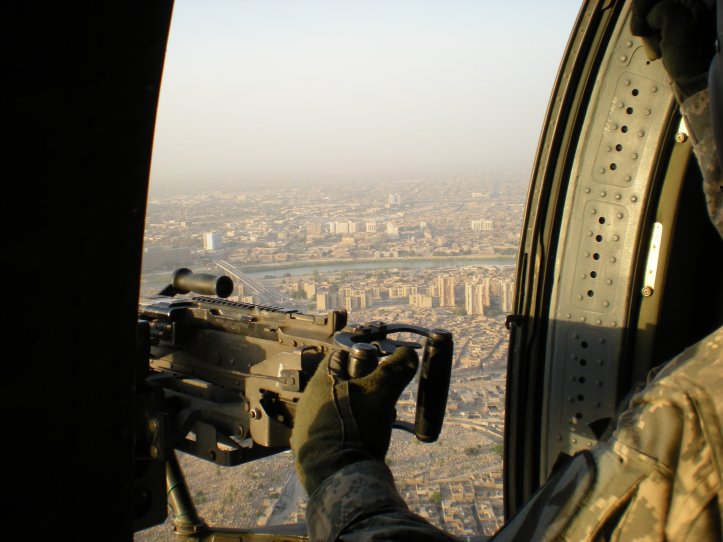 I’ve been to 20 countries outside of Iraq, some before my deployment, and some after. I have NEVER been harassed, had anything stolen, felt I was in a dangerous situation, or felt scared or threatened. I’m pretty sure that has to do with my years of training in the Army. I’m constantly on guard and vigilant.

It’s a good idea to take stock of your surroundings before settling into any fun and adventure. Is there a safe exit in case of an emergency? Check! Does anyone not “fit” into the surroundings or look suspicious? Noted. Are my belongings secure? You bet.

It’s also a good idea not to bring too much attention to your nationality, whatever that may be. I’m often mistaken for Greek or Middle-Eastern when I travel, not just for my hair and skin tone, but how I dress and carry myself. I dress to blend in with the culture, whatever that may be. No you won’t see me in a burka, but you will see my arms and legs covered if I’m in a conservative Islamic country.

I carry myself in a confident and assertive manner, and even if I am lost, I don’t act like it. Yes, you’re going to want to carry your camera to get some great snaps, but there’s no need to walk around ALL the time with a camera around your neck and map in hand. 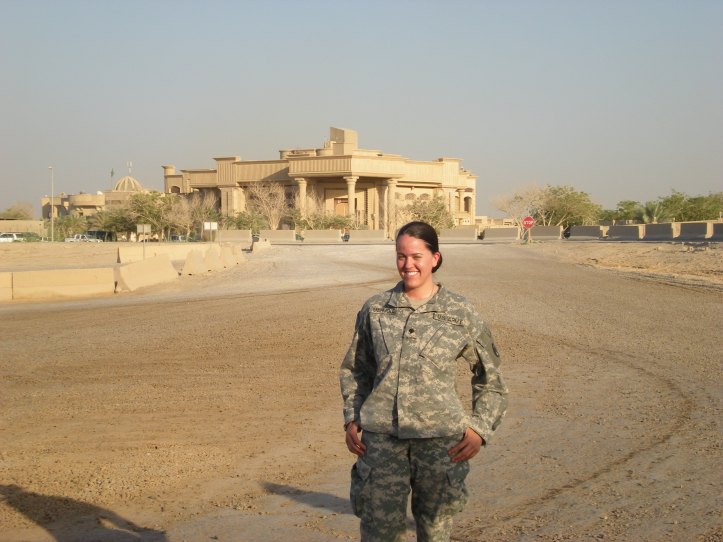 Many times during my service, I had to do something that I didn’t really feel like doing. When I look back, it’s easy to see the silver linings in those clouds. After I graduated from Officer Candidate School, and my follow-on career training, I had orders assigning me to Arizona. I loved Arizona, I had planned for several years out there. Graduation day arrived, I was told that there was an error in my orders and I was going somewhere in TX. I’m not going to lie, I cried my eyes out. I didn’t want to leave such a beautiful place. In the end I ended up being stationed at Fort Jackson, SC (much worse than Iraq in every way), and ended up retiring early.Now that I look back on everything that has happened since then, finding out that I have multiple sclerosis, retiring from the Army, becoming a teacher, and meeting my husband, I realize that none of that would have happened if I had stayed at my duty-station of choice. 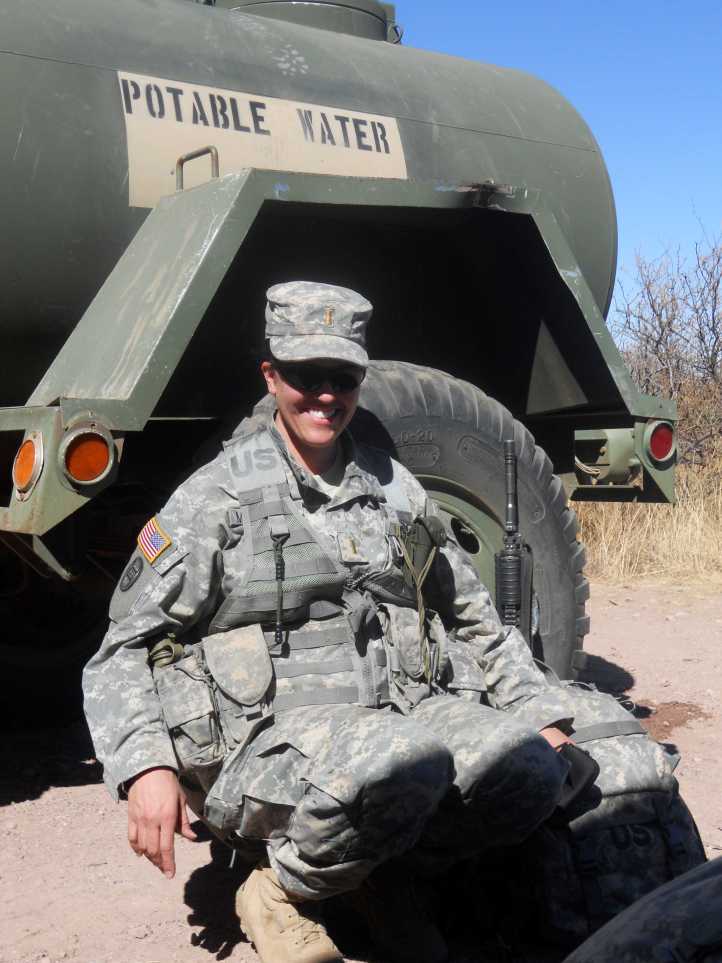 Adapt and Overcome (aka Resilience Training)

The hardest thing for me in the army was feeling isolated from my peers. Do you think a 31 year-old, female, college-educated Specialist was readily accepted and embraced by her unit? No way! In fact, most of my peers shunned me like old garbage. I wasn’t going to let that bring me down. What do I do? I threw myself into my mission, becoming an expert in every area that I needed to be.

What did I do in my off-time? Did I go to the nightly barracks throw-downs, stumbling into work the next morning barely able to function? No, instead I traveled, I had coffee and people-watched in downtown European market squares, I roamed Roman ruins in numerous cities, I tasted the best wine and the most interesting beer, I took classes for my MA in ancient history, and I traveled around Europe almost every weekend.

It was hard at first, not being in the “in” crowd, but when I look back, I’m definitely a much better and much more resilient person because I went my own way. The encouragement, praise, and discussion of serious intellectual subjects with my superiors also helped. I wasn’t allowed to be off-duty friends with the Officers and Warrant Officers that encouraged me when I was just a Specialist, but their support helped me become a better person.

Their support and encouragement contributed to my successful application and graduation from Officer Candidate School. When it was time to go to Fort Benning to become an Army Officer, I definitely didn’t want to say goodbye to my service in Germany and weekends roaming Europe.

Although I had to leave the Army long before I planned, I am grateful for the opportunity to have served with my fellow soldiers, and for my time in Iraq. Three years of living in Germany exposed me to culture and adventure that I never thought possible.

Today, if I’m not on a trip, I’m planning one, and part of that is to maintain a connection to the lifestyle that I lived in the Army. My Army service made me a better world traveler in so many ways, not the least of which is to fuel the constant desire to live life as a citizen of the world.

All photos © the author, Jen Brown