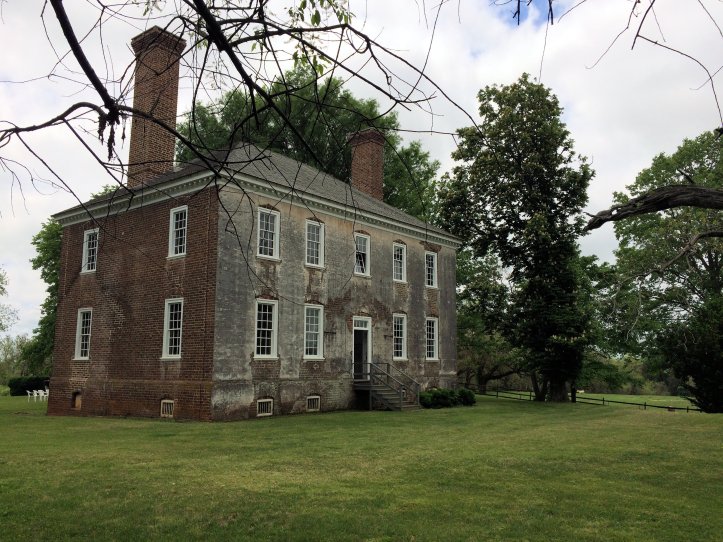 The name Salubria, comes from the Latin word for healthful, “salubrious.” When you step in the mansion and feel the cool spring breeze blowing through the slightly offset north and south entrances, you can feel why the mansion earned its name. Have you ever wondered why old doorways are so small? I had always assumed that people were much shorter in the past and thus the shorter door frames. Today at Salubria I learned that doorways were small to keep the heat in the rooms. I don’t know how such an obvious answer escaped me all of these years. Most rooms had their own fireplaces so why would you want all of that precious heat to escape? In the tradition of tiny doors in European estates, I ran across a doorway at Salubria that even my 5’7″ frame had to duck under. 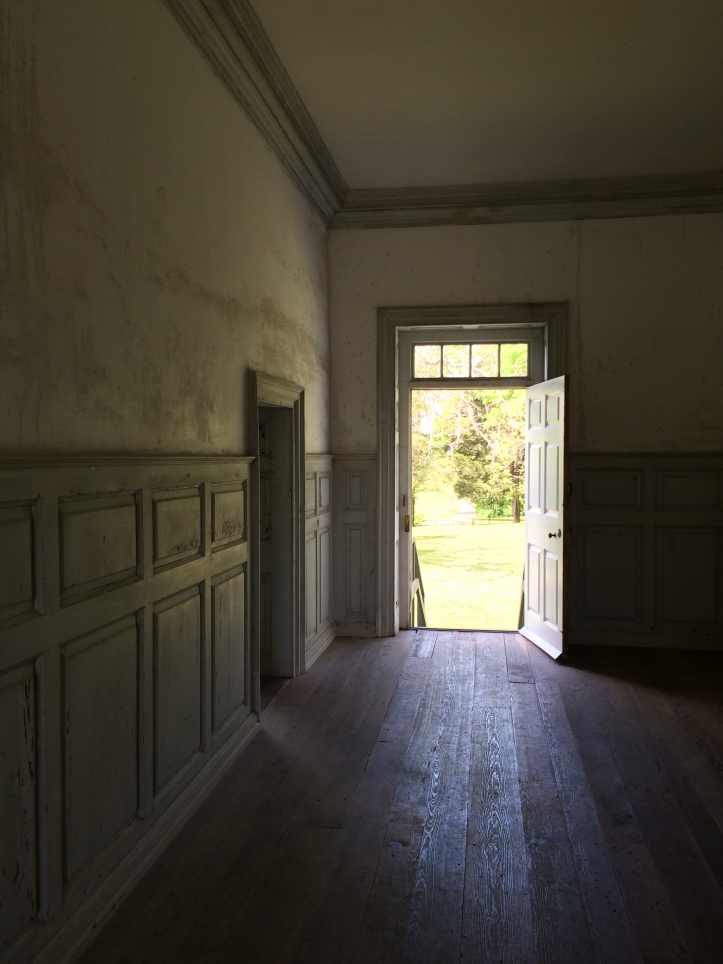 This stately brick Georgian mansion, built in 1752 is the oldest brick mansion in Culpeper County Virginia. The mansion was built by The Reverend John Thompson, rector of St. Mark’s Parish. The Reverend married Anne Butler Brayne Spotswood, widow of Alexander Spotswood, Governor of Virginia. Before she was married to the Reverend, Lady Spotswood as she was known, had four children with Alexander Spotswood. One of their children married a niece of George Washington, another is the ancestor of Robert E. Lee and Hellen Keller, a third married a grandson of Patrick Henry and the youngest was killed while scouting near Fort Duquesne. With such an illustrious lineage, it is a shame that the grave of this matriarch and famous lady has never been found. One early tourist wrote that he visited the Lady Spotswood’s grave on the grounds of Salubria in the early 1900’s. Who knows if he made that up, or if he even knew where he was when he was visiting that grave. Her final resting place has never been located, but it is suspected to be somewhere on the grounds of Salubria.

The property was eventually sold to two families, including the Hansbroughs, who are credited with giving Salubria its name. In 1853 Robert O. Grayson acquired the property, which by this time was already over a hundred years old. The property eventually passed into the hands of the personal physician of President Woodrow Wilson, Admiral Cary T. Grayson. The families of Admiral Grayson’s sons lived at Salubria until it was given to the Germanna foundation in 2001. I was told that two sisters lived in the house in the 1930’s and they lived exclusively in the hallway due to no electricity or heat. Why would anyone want to live in the hallway? It’s only the beginning of May and already the Virginia humidity is becoming unbearable. That cool breeze flowing through the hall answered my question. 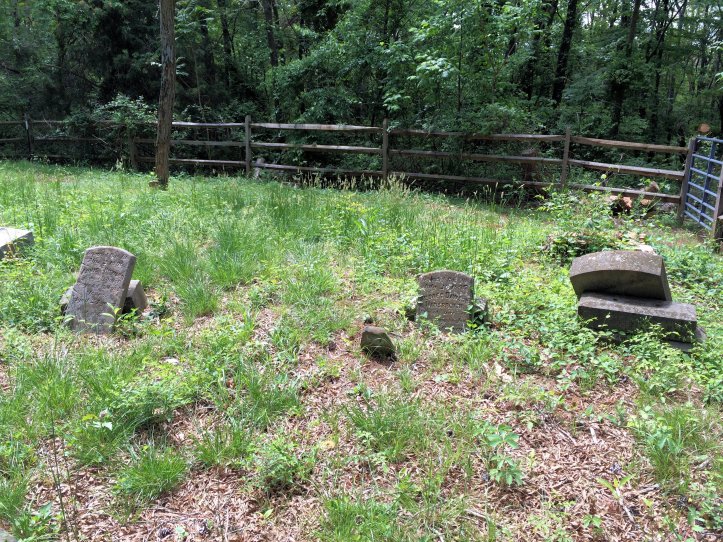 Salubria caught my attention a few months ago when I was browsing old history books at the Culpeper County Library. The grounds are currently closed to the public except for pre-arranged tours. Although  my previous attempts at arranging a tour had not been successful, I was excited to read in the local paper a few days ago that Salubria would be open one day only this year for an hour and a half for a presentation about Mother’s Day. Mother’s Day and Salubria are connected through President Woodrow Wilson. Woodrow Wilson is responsible for Mother’s Day becoming a holiday and his personal physician once owned Salubria. 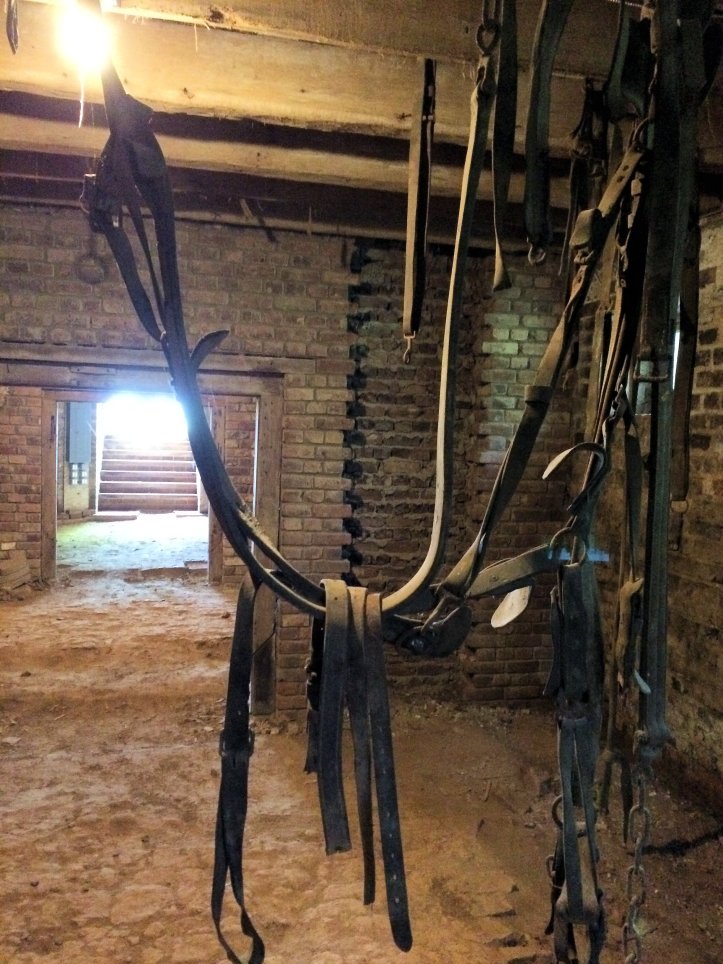 Although I am grateful for the hour and a half that I had on the grounds, it would take an entire day to uncover the secrets of Salubria. After listening to the Mother’s Day presentation, I headed straight for the basement. The first thing I noticed was the remnants of a mud-brick floor, not unlike that of a Roman fort that I once excavated in Aqaba, Jordan. No doubt the tiny feet of the widow of Virginia’s first Governor at one time patted across that mud-brick floor. In addition to the unusual floor, the basement had several intact rooms, each with its own unique set of surprises. The first room contained a pile of bricks and leather straps hanging from the ceiling that looked like they were straight from a horror film. The room at the South side of the house contained an ancient door frame from an unknown location. On the way out I ducked under the walk-in fireplace, which smelled of pure history. I wondered what was once cooked and served from that fireplace. No doubt Salubria had its share of illustrious guests since at one time it was once considered the “frontier” of Virginia. 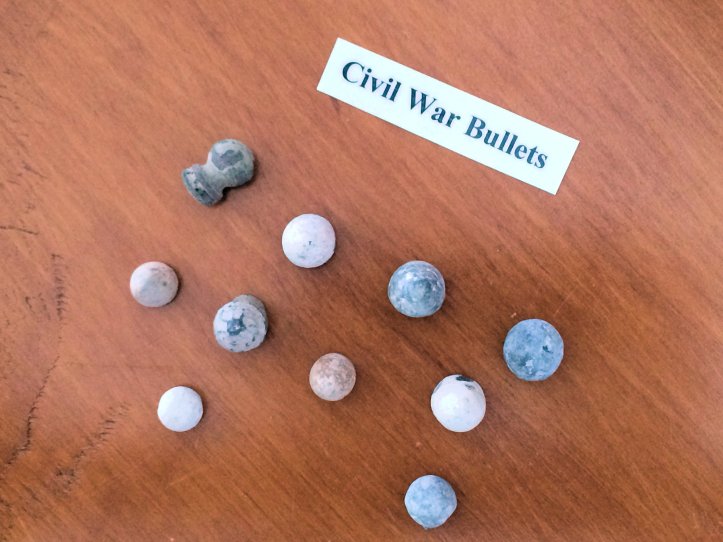 My Saturday visit probably left me with more questions than answers. Where is Lady Spotswood’s grave? Who else is buried on the grounds? Why was the hall staircase removed? Where did the Civil War bullets come from? Was there a battle at the mansion or were they dropped on the grounds by some weary soldier passing through? I plan to visit Salubria again and see if any of these questions can be answered. 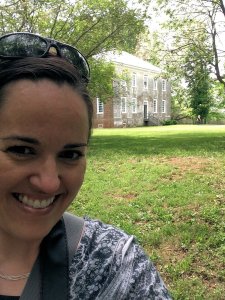 The CEO of the Germanna Foundation, which owns the property, was kind enough to take me to the family burial plot, and share the story of the missing Lady Spotswood’s grave.  I have been looking for a way to become more involved in the historical community around Culpeper. Perhaps leading tours and sharing the fascinating history of this manor home with the public may be in my near future. Even though  I have not had much free time to travel or write since I started teaching, I have learned that everywhere I go there is an interesting piece of history right around every corner. 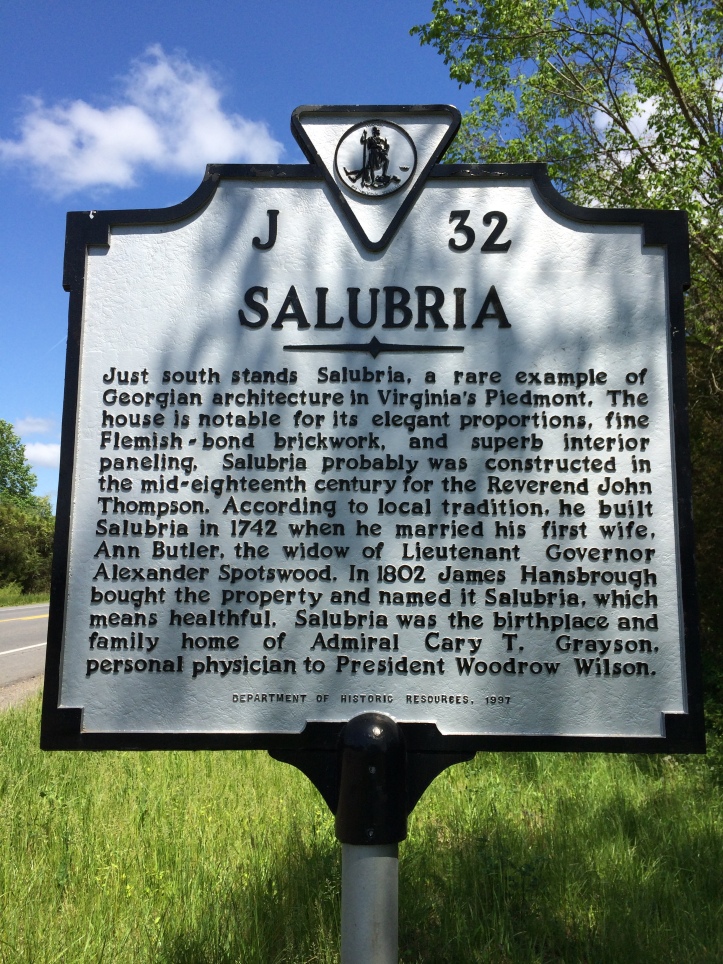