My first impression when looking out over the plain is that something happened here. I can’t articulate exactly what happened, but the sensation was there, along with a prickly feeling on the back of my neck. Before I even started exploring the site, I had to stand there and take it all in, and imagine what it must have been like hundreds of years ago. 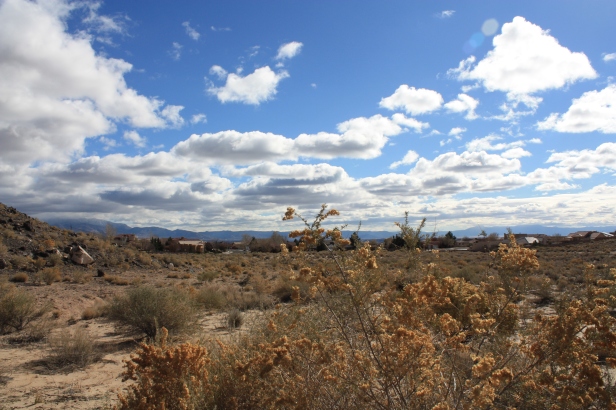 On one of my several trips from North Carolina to Arizona, the monotony of I-40 was finally broken when I saw a sign for Petroglyph National Monument, just on the outskirts of Albuquerque, New Mexico. I had planned on driving straight through to Arizona, but this was an opportunity that I didn’t want to miss. After all, one of my favorite quotes by Mark Twain states that, “twenty years from now you will be more disappointed by the things you didn’t do than by the ones you did.” I didn’t want to regret passing it by by so I decided on a detour lasting several days.

Petroglyph National Monument is one of the largest and best preserved petroglyph sites in America. According to their website, the main part of the monument is formed by dormant volcanoes, and contains petroglyphs by both Puebloan and Spanish explorers. The mysterious symbols were carved between 400-700 years ago, and many of the meanings remain unexplained today.

How can you tell the petroglyphs are old? Look at the “star person” above, it was carved hundreds of years ago, but recently (and by recently, I mean about 20-40 years ago) someone shot out his eye. The difference in the patina of the stone determines the age. Fresh carvings are pale and beige, older carvings have been weathered by hundreds of years of wind and rain and are much darker.

The day I visited the park it was completely deserted and freezing cold. It was worth enduring the biting December wind to view these symbols in person. I have a habit of going on trips and visiting places during the “off” season, and I have never once regretted that choice. No lines, no crowds, and no noise make the trips even more memorable. Of course there are drawbacks, namely bad weather, but six years in the Army has taught me to ignore all but the harshest of weather conditions.

Even though I had the site to myself there were a few problems evident from the beginning of my visit. I noticed that the ground was littered with trash, which seemed rare for a National Park Service Site. I found out only later that the city of Albuquerque and National Park Service are at odds over how to protect the monument. This explained why significant vandalism and litter were present all around. I could not help but to feel sadness over the neglect. Other controversies have threatened the park over the years, including the construction of a Buddhist stupa on adjacent private property, and the construction of a highway in the northern part of the park.

Despite the vandalism, trash, controversies, and freezing cold, I was determined to see these mysterious markings for myself. My trek was not a disappointment because I had hours all alone to ponder the star people, devil faces, geometric shapes, animals, and symbols that I can’t even categorize! One of the reasons why I visit places like this is that when the conditions are right, and it’s perfectly quiet, you almost feel like you are right there back in time. I have experienced this sensation at many of the places I have visited. I once went to a cathedral in Speyer, Germany early in the morning after working the night shift, and ended up being one of the only people present in the entire cathedral. I walked into a dark corner and suddenly the hair on the back of my neck stood on end and I had a wave of chills. I didn’t see anything that day at Speyer, but I knew deep down that something had happened in that spot. I had a similar feeling in at Petroglyph national Monument. I didn’t see anything out there on the plains but I knew something had happened there a long time ago. 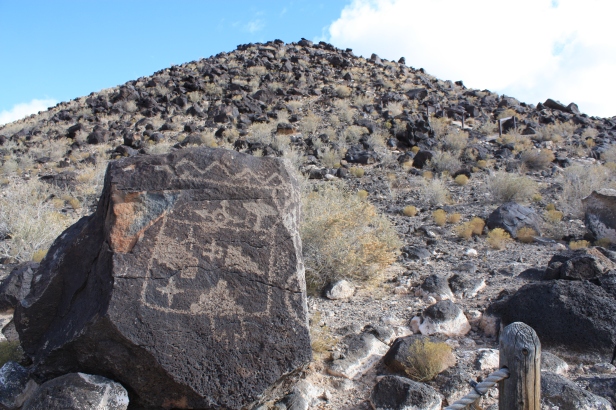 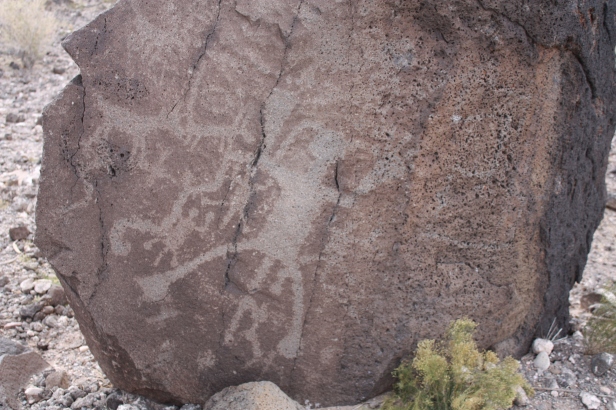