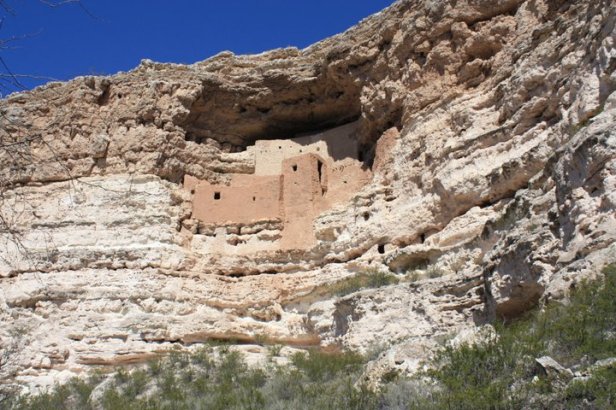 About 800 years ago the Sinagua people thought it would be a good idea to build their apartment into the side of the Verde Cliffs, about 50 miles south of Flagstaff, AZ. Measuring five stories tall and containing more than twenty rooms, Montezuma’s Castle is one the the best preserved cliff dwellings in America. Although the site is named “Montezuma’s Castle,” the ruins have nothing to do with the famous Aztec ruler Montezuma. The name was coined by early Spanish explorers in the sixteenth century, and has stuck ever since. Theodore Roosevelt is partially responsible for the existence of Montezuma’s Castle today. After the passage of the Antiquities Act in 1906, Roosevelt declared the site a national monument, ensuring that generations to come could view the dwellings that the Sinagua people left behind more than 800 years ago.